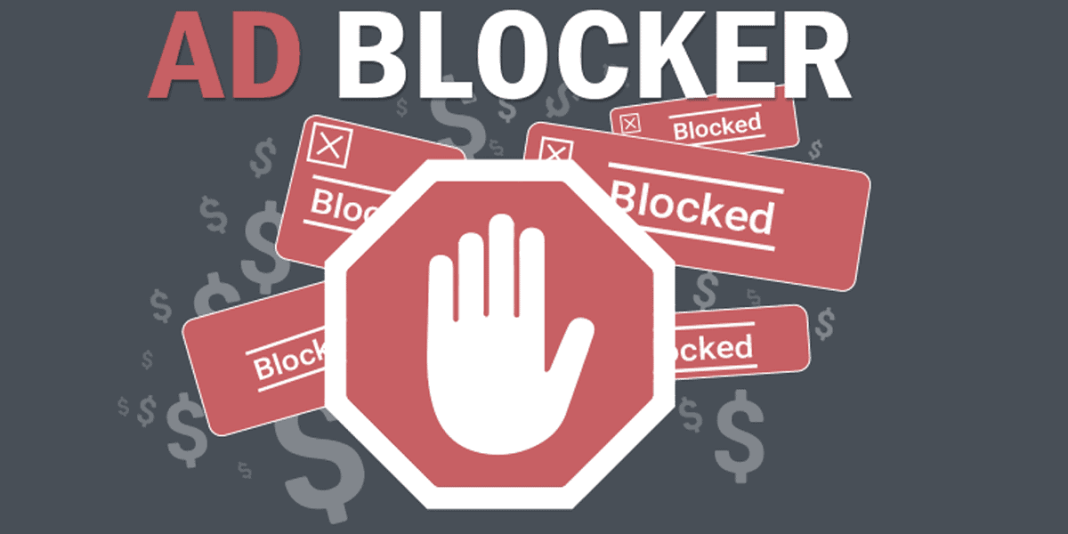 While we enjoy many features of the Internet, we find the constant barrage of advertisements extremely annoying. One of the most annoying thing is when an advertisement pops up in the middle of your show. In this case, an adblocker might come in handy.

Advertisements not only detract from the quality of using a web-based service or product, but they also pose a threat to users’ privacy and safety. Spyware, disguised as advertisements, might reportedly get downloaded into our system by accident. They change the way our system is protected from outside interference, leaving our data vulnerable to theft by hackers and other cybercriminals.

Ad blockers function to prevent unwanted advertisements from being displayed. They make your time on the internet better and protect your computer from malicious code. They prevent spyware from being installed on your computer, clean up websites, and reduce the number of ads you see.

Technically speaking, ad blockers do not actually block advertisements; rather, they prevent your browser from downloading content that you have not explicitly requested.

How does an AdBlocker work?

Ad blockers do exactly what their name implies: they block advertisements from being downloaded to your browser from external sources, making web pages load faster and improving your overall user experience.

Banner ads are blocked using filter lists. Your browser’s ability to block content and permit certain content is based on these filter lists. There are two parts to these lists: those that permit access, and those that forbid it. Your browser has two lists of URLs, one for allowing content to load (the “allowlist”) and one for blocking it (the “blocklist”).

Ad blockers check the URL of every page you visit to see if it is on an approved list before deciding whether to display ads from that site or not. Ad blockers eliminate the potential for any third-party content to slow down a website that is on the blocklist.

Although there are literally hundreds of ad blockers out there, we will only cover the most efficient ones here. We’ll go over some of the best ad blockers for both Chrome and Firefox. As evidenced by our YouTube viewing habits at 3 a.m., we are all avid binge-watchers. Nonetheless, we find it annoying that commercials seem to pop up at will in the middle of our videos. An ad blocking software for YouTube can fix this.

Adblock Plus for Google Chrome is a free extension that blocks ads without requiring any configuration, saving you the hassle of keeping track of multiple lists. There are a variety of different types of advertisements on YouTube, and this ad blocker eliminates them all. Also, there are no costs involved and it is constantly being improved.

To the degree that an individual can consistently outperform their own high standards, they will be considered a great achiever. If this were the case for apps, Adblocker for YouTube would be a prime candidate since it eliminates all ads while letting you watch videos in full screen or theater mode. You can also raise the volume while watching the video and take a screenshot.

If you want to block ads across your entire system, not just your browser, AdLock is your best bet. It is capable of blocking ads across the web and in apps without being affected by anti-adblocking pop-ups. AdLock also provides free add-ons for Chrome, Safari, and other browsers.

AdLock is a private app because it does not transmit user data outside of the user’s local machine. More than that, it protects you from spying eyes. This is available on multiple platforms, with apps for Android, Windows, iOS, and macOS. 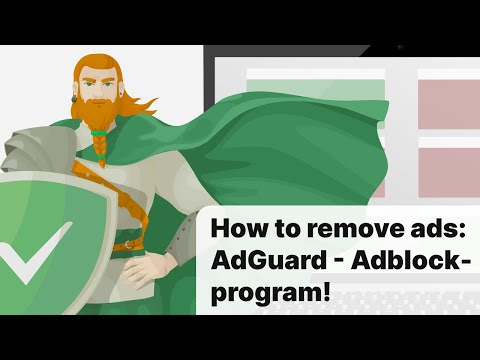 Adguard Adblocker has quickly become a popular extension for Google Chrome, with over 10,000,000 downloads and a rating of 4.5+/5.0 in the productivity section. Ad blocking on YouTube uses the same set of permissions as other ad-blocking engines that can be added as browser extensions. It filters out inappropriate material and blocks all advertisements on YouTube, shielding the user’s experience from distractions like unwanted commercials.

YouTube ads like banners and pop-ups are blocked by the Adblock extension. This YouTube ad blocker also eliminates ads on third-party sites that embed the video-sharing platform. Ads that try to load before the video even starts will not load on YouTube.

You can speed up the loading of videos and the YouTube website, as well as remove annotations from videos and music, all with Adblock for YouTube. This add-on has been downloaded over 10,000,000 times and has received a 4.25/5 star rating from over 203,000 users. Fair Adblocker often go too far in its efforts to eliminate all advertisements. According to reports, adblocker users are preventing important content from appearing on websites. This ad blocker is aware of the problem and offers a great solution.

Fair Adblockers gives users complete control over ad blocking, unlike other ad blockers. That the user can manage which content is displayed and downloaded to their browser is indicated.

Many people will be relieved to hear this, as it is not always preferable to completely avoid seeing advertisements online. Certain forms of marketing demand your attention at certain times. If you use Fair Adblocker, you can decide which advertisements you want to see and which you don’t.

Among the many adware and pop-up blockers available, Fair Adblockers claims to be the most effective. It prevents video ads from playing automatically, as well as YouTube text and banner ads, expanding ads, interstitial page ads, overlay ads, Facebook ads, webmail ads, and search ads. 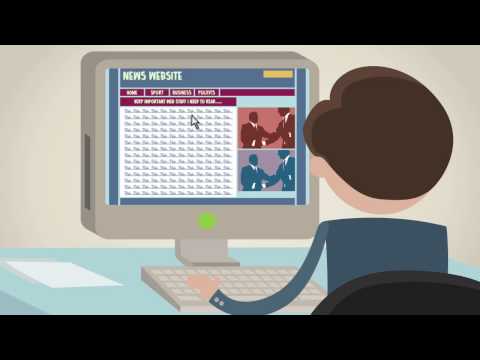 One of the most well-known and trusted ad-blocking browser add-ons is Adblock Plus. It’s totally no-cost and there’s free, constant support available whenever you need it.

Adblock Plus improves your browsing experience by blocking annoying ads, such as video ads and banners, as well as pop-ups, tracking, and unauthorised access to your personal information. It also protects users from malicious software that lurks in online ads.

Adblock Plus is one of a kind because it allows for non-intrusive commercials. Acceptable Ads (AA) is, by definition, a movement. This initiative aims for fairness by providing aid to ad-dependent websites while also considering their users’ needs.

Adblock Plus’s AA feature can be disabled at any time thanks to a convenient toggle. To date, Adblock Plus has been downloaded over 500,000,000 times and has received a rating of 4.25 out of 5 stars from 173,138 users. 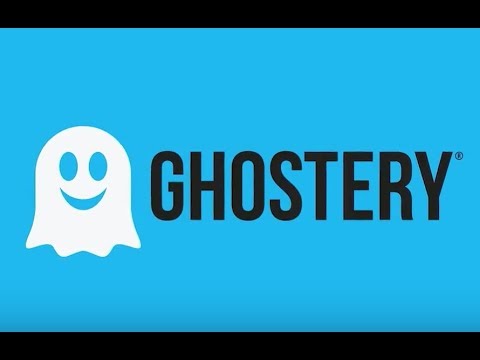 Ghostery is an advanced privacy add-on for Mozilla Firefox that includes an adblocker, allowing you to browse the web without being distracted by annoying commercials.

With Ghostery, the user has control over which ads are blocked. So, you can pick and choose which tracking scripts you want to disable. To further safeguard your privacy, this anti-tracking feature also obscures your information.

However, most adblockers on the market today make use of machine learning and artificial intelligence and are not updated frequently. New features in Ghostery’s latest update make for a more secure, private, and efficient web experience right off the bat, with improved anti-tracking, ad blocking, intelligent blocking, AI-powered filtering, and more. 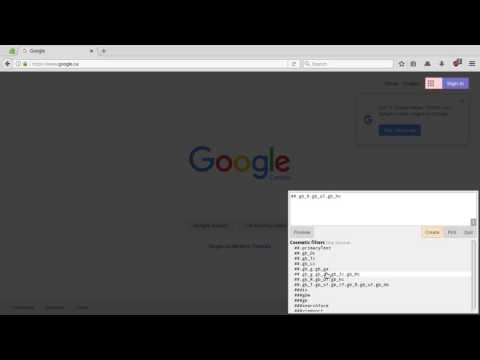 uBlock Origin, created by Raymond Hill, is not aiming to compete with ad blockers. Instead, it aspires to be known as a powerful, all-purpose content blocker that is light on both processing power and memory.

Memory efficiency is a top priority for uBlock Origin, and it delivers the best possible experience for efficiently and effectively blocking ads. uBlock takes an unorthodox approach by not categorising websites by their URLs into either/or lists. There will be force behind the following lists:

As an open-source extension created by users for users, it is the most efficient ad-blocking tool available on the web. Additionally, uBlock users can easily block javascript on a per-site basis, as well as create their own rules to supersede those of the global or local filtering lists. Firefox’s Adblock extension is one of the most popular ad-blocking tools, and it’s also a favorite of Chrome and Safari users. It also works with the Firefox web browser. With the advent of Adblock, it is now possible to completely avoid seeing online advertisements. YouTube, Facebook, and Hulu are just some of the sites that can benefit from this tool’s ad-blocking features.

Adblock blocks all ads by default and lets you view the ads that have been blocked while also letting you modify the filter lists.

According to user reports, Adblock-using systems experience a significant speed boost, making in-page ad reporting both quick and easy. The fact that it has been translated into 30 different languages is a testament to the tool’s widespread use. One of the most popular ad-blocking tools is Adblock Plus. More than 500 million people use it every month, and they always get the best possible service. It extends its protection from annoying online ads and pop-ups to sites like YouTube, Facebook, and more.

Ad blocking speeds up page loads and improves the overall browsing experience. It also stops the spread of malvertising, where malware is hidden in advertisements and the user is tricked into downloading them. Adblock Plus blocks all of these things, keeping you safe from hackers and protecting your privacy online. 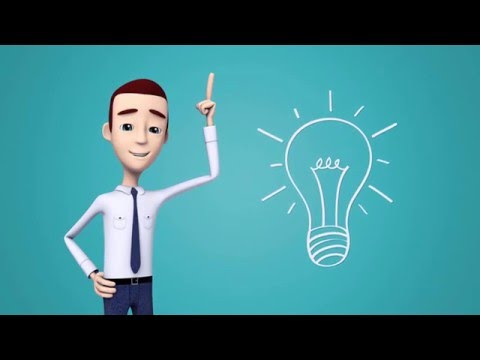 AdBlocker Ultimate is a free add-on for Google Chrome and Mozilla Firefox that filters out malicious websites and ads. Furthermore, it eliminates the possibility of being followed secretly. A number of ad-blocking filters, both for video and display ads, are available from them (including YouTube).

They differ from competing ad blockers in that they do not offer a whitelist for advertisers and a system for determining what constitutes “acceptable advertising” (i.e., specific advertisers have to pay to get around ads filters). A faster browsing experience is possible thanks to less CPU and memory usage caused by ad filtering.

If you only want to support the sites you know and trust financially, AdBlocker Ultimate makes it simple to accept advertisements from those sites. Text ads, banner ads, pop-up ads, pop-under ads, overlay ads, interstitial ads, video ads, webmail ads, and Facebook ads are all able to be blocked.

A Guide to Choosing the Right AdBlocker

The most popular ad blockers can be downloaded as free browser add-ons or as stand-alone applications; however, some of them do charge a fee. Find out if the ad-blocking features of the free apps are adequate for your needs, or if the paid apps are worth the extra cost. In addition, you should evaluate your current browser’s privacy settings and those of alternative browsers to see if an extension can meet your ad-blocking needs.

If you know what you want to accomplish with an ad blocker, you can narrow your search results. Want to stop those annoying pop-up ads from showing up? Or do you want to make use of every function, such as the privacy options and the ad-blocking capabilities? You should get an ad blocker that works perfectly for you.