7 Best Play to Earn Crypto Games To Check Out 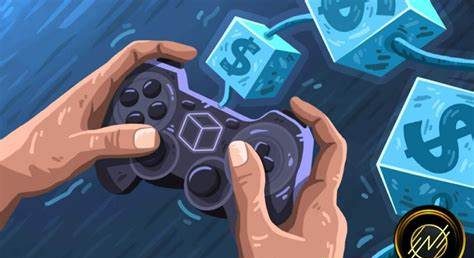 ‘Play to earn crypto’ games are all the rage right now because they offer the chance to win millions of dollars. Let’s have a look on the inside to discover what’s actually doable.

Crypto games, which allow players to both play and earn cryptocurrency, represent a significant evolution in the gaming industry, which previously only offered “pay to play” and “free to play” options.

What are Play to Earn Crypto Games?

The in-game economies of these unique games are supported by tokens that exist within the games themselves. Virtual goods can be bought, sold, traded, and used in the game itself. While some games are free to play, some demand an initial purchase.

It’s important to note that most of these games are still in the prototype stage, especially when contrasted to the polished visuals of flagship PlayStation and Xbox offerings. Your hopes for a graphically pleasing crypto game are, therefore, a bit premature. But if you keep your mind on the money, the benefits can be enough to keep you coming back for more.

How to Check for a P2E game?

Totally new times have come. As a result, you should always check a project’s legitimacy to make sure it’s not trying to steal your money.

Before anything else, tokenomics needs to be investigated. How many tokens will be created, when will they be released, what will motivate people to hold or stake them, will there be other applications, etc.?

It’s possible that starting with an unlimited supply of tokens is not ideal. For people to keep staking and holding, they need to see a return on their investment.

The future of a game, however, cannot be determined with any degree of certainty using any one method. On the other hand, start small with your investments and never put more money at danger than you can afford to lose.

Cryptocurrency is one of the most volatile assets ever, therefore it’s important to do your work before putting down any cash.

7 Best Play to Earn Crypto Games To Check Out

Let’s have a look at some of the best crypto games now that you know enough about how they work to make money while playing them.

In certain poorer countries, Axie Infinity has become a major source of revenue for the average citizen, making it the most played peer-to-peer (P2P) cryptocurrency game (read the Philippines, Venezuela, etc.).

Three Axies (in-game creatures) are needed to play, and they can be acquired from the game’s marketplace. Alternatively, you can visit the Axies lab, buy some eggs, and see them hatch. In addition, Axies eggs can be bred to produce new Axies, which can then be sold.

These NFT Axies will compete with other Axies from the same trio in order to win the local token, Axie Infinity Shards (AXS). The governance token can be exchanged for fiat currency. They can also be staked in order to earn crypto staking incentives.

Axies can be bred with the help of SLPs, or Smooth Love Potions, another ERC-20 token utilised in-game. Like AXS, SLP may be bought with real money on trusted cryptocurrency exchanges. Future adoption of a no-upfront-investment paradigm with limited income possibilities is also mentioned in the game. For those unfamiliar, Plant VS. Undead is a multiplayer tower defense game set on a planet hit by a meteor, in which the animals have turned the undead and are attempting to slaughter the mother trees. The vegetation, however, has also progressed and is now fully equipped to deal with its enemies.

The game’s currency is called Light Energy. PVU is the native token, and Binance Smart Chain is where it resides (LE). These are interchangeable. You can either earn Light Energy by playing the game or buy it with real money (in the form of PVU), which can then be converted into LE.

What’s even better is that zero dollars need to be put down at the outset. Instead, the game starts with certain free default assets for each player, such as mother trees and non-NFT plants.

After a while, you’ll have enough seeds to start growing plants, which you may then sell in the game’s marketplace. To be clear, PVU can only be used to buy and sell in-game items. There is no governance token like in other play-to-earn cryptocurrencies game.

In the Sandbox, there are a number of ways to succeed. Its metaverse currency, SAND, can be mined by artists, programmers, and landowners. The platform’s VoxEdit application allows creators to make high-quality works. But not everyone can publish NFTs on The Sandbox’s trading platform. To improve your chances of getting accepted by the fund’s creators, you should send a portfolio along with your application.

In the Sandbox, you may also make money by renting out your creations or by buying plots of land (ex., games). It is not necessary for the game creator to have coding skills in order to make games. The Sandbox suggests you may charge other players for access to this mode of play. As it stands, this seems extremely ambitious.

To some extent, this may be seen as charging users to participate in a game within a game, given that metaverses are analogous to video games. A more long-term strategy for making money is to buy land in the metaverse and then either sell it or rent it out when the time is right. This metaverse rewards or punishes users based on their ability to adopt a realistic perspective. As a governance token, SAND allows staking and may be traded on major exchanges.

Play for cash in Pegaxy, a horse racing game. The top three finishers in each race get bonuses in the game’s virtual currency, VIS, which you can either buy or rent to use in the game. However, at this time, you can do very little to affect the outcome of the races itself. Your only tasks as a Pega owner are to verify the track details, choose your Pega, and choose the right gear. Since no humans are involved in the racing, it is unlike any other game.

At the Pegaxy exchange, you can buy Pegas with U.S. Dollars in Trade (USDT). And finally, Pegas are born from their parents’ eggs. These young are ready to breed or compete at the age determined by their genetic background. More VIS points can be earned by merging two Pegas into a single Pegas.

However, VIS and PGX had to pay for breeding and fusion (governance token). For financial gain, people use stallions in racing, for retail, and as rental property. Further, tweaks to the racing game’s controls are being made to make success dependent on player ability.

As a top metaverse, Decentraland offers its residents exceptional financial potential. All metaverses have land sales as their first means of monetization. The asset could be leased out or sold after it has significantly increased in value. Alternatively, you could make up events or games and charge people to attend, which is both more interesting and more challenging.

A free, in-house experience-development tool that’s reminiscent of the Sandbox is available to all employees. There is, however, a catch: in order to publish, you need a piece of land, which can only be acquired by spending MANA. Lastly, just as in the real world, you can make money by offering your skills to landowners.

Additionally, you can create wearables, submit them for community approval, and then mint them once they pass muster. Each item has a $500 registration fee (not per NFT). It’s time to put your wearables on the market and make some money. Decentraland is a digital replica of our real world, complete with realistic job markets and financial systems.

To make money in this play-to-win cryptocurrency game, you must first collect blankos, then level up, and finally sell them for a profit. Characteristics and rarity are what give a blanko its price. Prices range from as little as $10 for the cheapest to $5 million for the most expensive. While some blankos may be cheaper, it’s not uncommon for their prices to be in the thousands.

You’ll be able to host parties for other players to earn rewards in upcoming updates. As an added source of income, daily quests have been implemented even though the game is still in beta.

For those interested in earning some Thetan, there is a free game called Thetan Arena. Free of charge, you get three playable characters and the ability to acquire Thetan Coins, the in-game currency (THC). These can be bought on the market alongside the advanced characters themselves. You can play and earn crypto in Thetan Arena at no cost to you.

The game’s true stars are the game’s more advanced characters. These change over time, can be traded for other tokens, and enter exclusive contests. Economic activity in the game is backed by THG (Thetan Gem), a utility and governance token. In addition, THG tokens can be staked for staking rewards. Rental of premium heroes and the trading of awards are two other ways players can actively earn in-game currency. At long last, a cryptocurrency exchange now exists where THC can be traded for USD.

It’s not far-fetched to predict that play-to-earn cryptocurrency games will soon dominate the market. And if you can make a good sum of money while having a good time, all the better. However, due to the volatility of cryptocurrencies, you should exercise caution when playing games that require upfront purchases.