Twitter allows users to post short messages called “tweets” on the web. The general public, students, celebrities, policymakers, and politicians have all shown greater interest in using the Twitter app. More than 320 million people use the app on a monthly basis. If you’re using the Twitter app on your phone, you shouldn’t have any problems. There are, however, some limitations when working with it on a Windows PC, such as the inability to use multiple windows at once, delayed responses to notifications, etc. For this purpose, we will talk about the best Twitter apps for Windows in this article.

Unfortunately, there are currently no reliable third-party apps that enable users to use Twitter on Windows PC due to limitations imposed on developers. Users have no choice but to make use of the standard web app. For this reason, we have produced a list of the best Twitter apps for Windows 10 or 11, each of which boasts a modernised desktop interface and additional functionality.

The top Twitter clients for Windows 10 and 11 are listed below. The collection includes both commercial and open-source software; select an option that best suits your requirements. 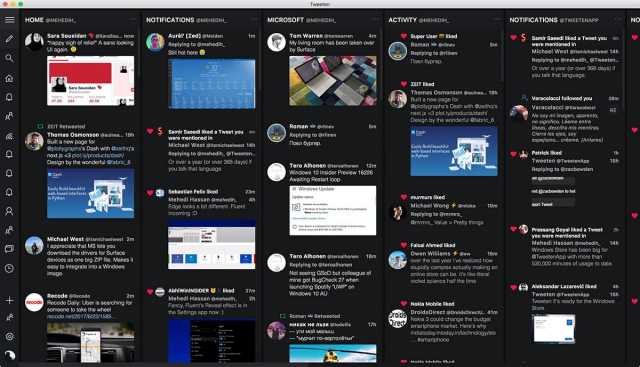 Tweeten is a widely used, free Windows client for the Twitter service. There is no limit to the number of accounts a person can control from a single device. Built on TweetDeck, this intriguing tool resembles the Fenice app in appearance when docked on a desktop. Amazing functions such as scheduling tweets, adding GIFs, following DMs, checking spelling, shortening links, etc. are all included in the app. Additionally, you can save videos and GIFs to your computer. But most features can only be found in paid versions of the apps.

However, Tweeten does have certain limitations, such as not allowing you to make changes to your profile and bio within the app itself (instead, it sends you to Twitter’s website). Numbers are shown instead of a list of followers. 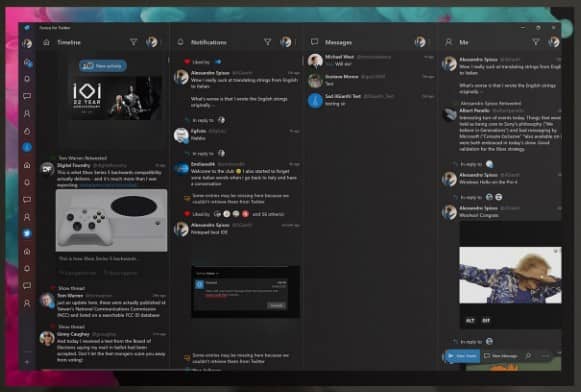 An enjoyable experience on Twitter can be achieved by purchasing the software called Fenice. It arranges your feed, notifications, and messages in separate columns based on time, making it easy to quickly jump between different parts of the program. Since it provides extra features like powerful filters to silence hashtags and persons, offline tweeting, interactive notifications, and so on, it is widely considered to be the best software available.

The app’s features are unlike any others available, such as the option to include memes in tweets and the ability to react to mentions with likes, comments, and retweets. You may keep digging where you left off without having to reload the page to see new tweets. 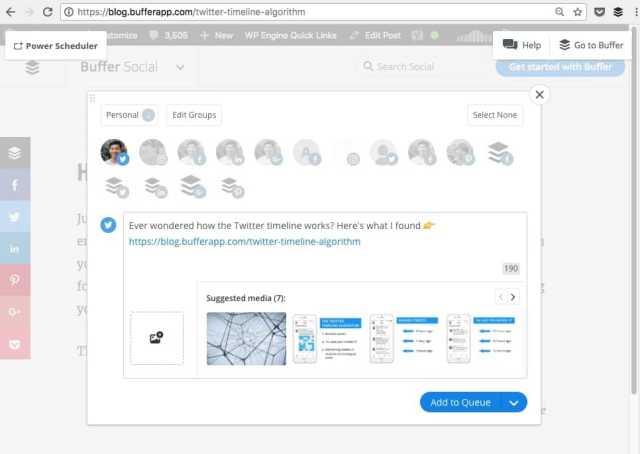 Buffer is a social media management tool that supports other platforms in addition to Twitter, including Facebook, Instagram, Google+, and LinkedIn. There are countless ways you can use this in your daily life and in your career. The main purpose of this software is to make a list of scheduled posts and then evaluate their effectiveness to see which one gets the most engagement. 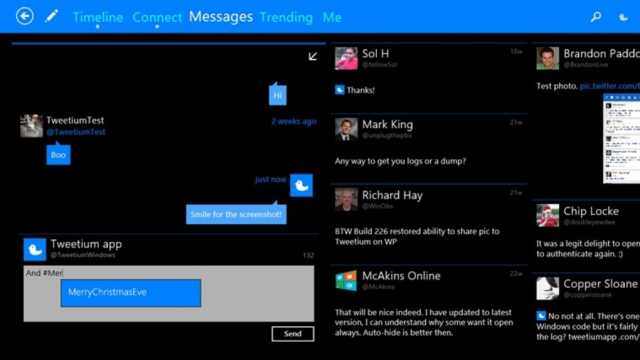 Tweets are presented in a horizontal format on Tweetium. The photos are displayed in full resolution without the need to open each tweet individually. Its design is the best among Twitter clients.

It’s like using Twitter in real time, complete with the most recent chats for fast feedback. Color, theme, background picture, and features like live tile support for Direct Messages, new mentions, and Giphy integration are just a few of the ways in which the interface may be personalised. 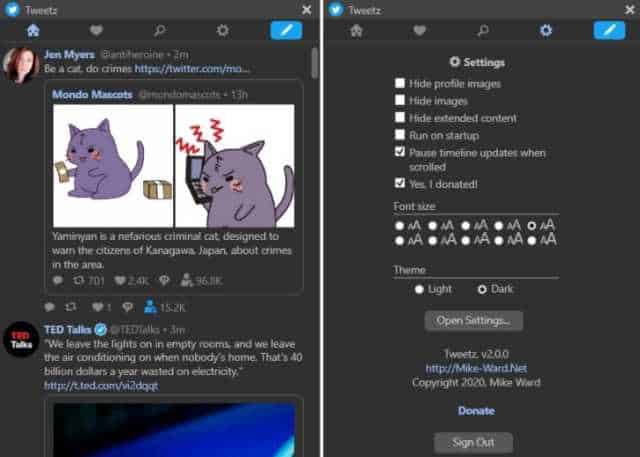 It is also a Twitter client for your computer. This tool will let you maintain a continual presence on Twitter. Tweetz is a floating window that can be kept at the top of the screen. You get access to the news feed, alerts, private messages, likes, and all other available data. There’s a chance that this program will let you increase the size of the text and switch to night mode. Yet, animated GIFs and emoticons are not supported. 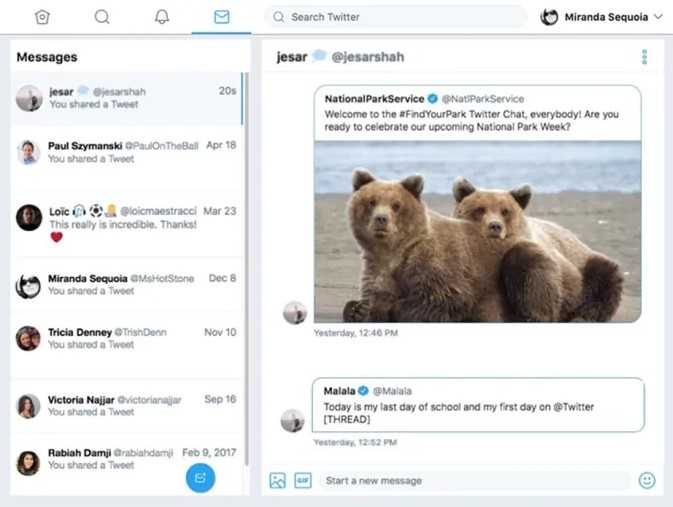 There are some limitations, but this is the official Twitter app for Windows 10. There’s no way to schedule tweets or use a search filter on Windows client, so you can’t follow multiple hot subjects or hashtags at once.

A GIF can be found and embedded in a tweet, though. You have the option of requesting changes to the application or providing feedback on existing ones. The program is easy to pick up and run, however it lacks advanced features. 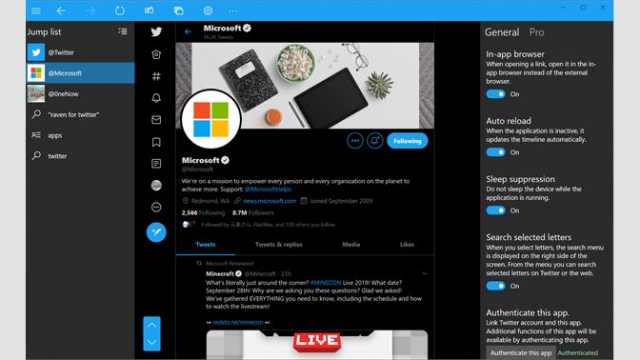 When compared to the official Twitter client, Raven has various benefits. It allows for quick actions like publishing a tweet, publishing the tweet, and browsing all at once. The drought is also a good place to archive tweets.

Some extras include a web browser right inside the software, the ability to use multiple windows at once, and the option to have followers who stop following you instantly unfollowed. The design of this app is fixed because it mirrors the app’s corresponding website.

These were the top Twitter apps for your convenience.  Let us know in the comment section below which one is your favourite.