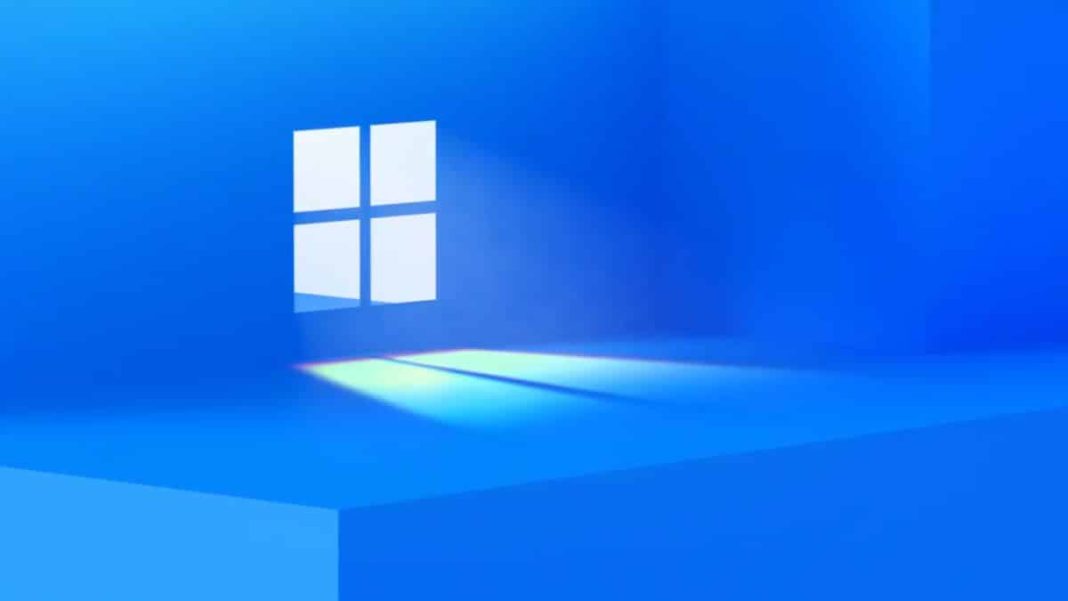 It’s completely understandable to stick with Windows 10 instead of upgrading to Windows 11 if the thought of making any changes to your setup makes you uncomfortable. Since you’ll have to eventually (Windows 10 support ends in 2025), you might as well jump on the cutting-edge bandwagon now.

If you’re not ready to update to Windows 11, we won’t take it personally. You’ve probably been using Windows 10 for the previous five or six years, so you’re already quite comfortable with it. Windows 11, on the other hand, has many advantages over Windows 10 that I think make it a worthy upgrade.

In the Windows 8/10 era, when everyone else was upgrading to Windows 10, I stayed on Windows 7 for my main computer and utilised Windows 10 only when absolutely necessary. But as soon as Windows 11 was available, I upgraded without hesitation.

1. It’s simple, right from the get-go 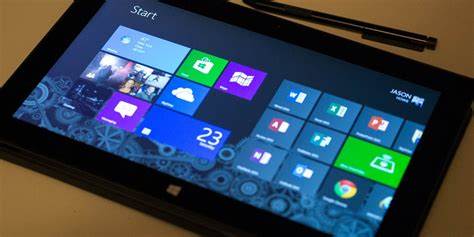 The first thing that impressed me about Windows 11 was that it did not waste any time with pop-ups or setups before dumping me on the desktop. Numerous questionable pop-ups asking you to enable or disable features are a nuisance in Windows 10. Last but not least, Miss Cortana does what you ask of her despite the fact that she clearly does not want to.

No such futuristic flair can be found in Windows 11. Using your Microsoft account, you can review a few privacy settings after installation and then you’ll be ready to go. Needless to say, this doesn’t prove that it’s perfect every time. Even so, it is recommended that you play with with the various options and adjust the settings accordingly.

Windows 11 is similarly stripped down and unremarkable. Reduced options, a disabled Cortana, and a pared-down start menu all serve to put the spotlight on what really matters (more on it next). Microsoft Windows 11 is a great upgrade if you liked how easy it was to use Windows 7.

The new and improved taskbar and Start menu are the first things users of Windows 11 will notice. The Start menu button and all other icons have been moved to the center of the taskbar. New standard icons are available, Cortana has been taken out of the equation, and the Internet and Sound menus have been combined into one convenient popup.

As an alternative to tiles, the Start menu now shows recently used apps and features, as well as suggestions based on your behavior. You can still see all programs, but doing so will require you to use a unique button. The question now is whether or not the updated version is an improvement. Basically, the answer is “it doesn’t matter” The taskbar is highly customisable, so even if you don’t like the changes, you can almost entirely switch to a Windows 10-style taskbar by making the required adjustments (might require registry hacks).

The settings give you the freedom to move the icons to the left, bring back Cortana, get rid of or add icons, and alter the operation of the taskbar. It may be helpful to utilise an alternative to the Start menu, which is rigid, in this case. Ask me about my impressions of the updates, and I’ll tell you that I haven’t done anything to alter my preference for the new Start menu and taskbar.

Having the Start menu and icon bar in the middle of the screen is more convenient for me because that’s where my focus is usually when I’m working. I like how the Start menu places prominence on the most frequently used items and how everything is so conveniently located. 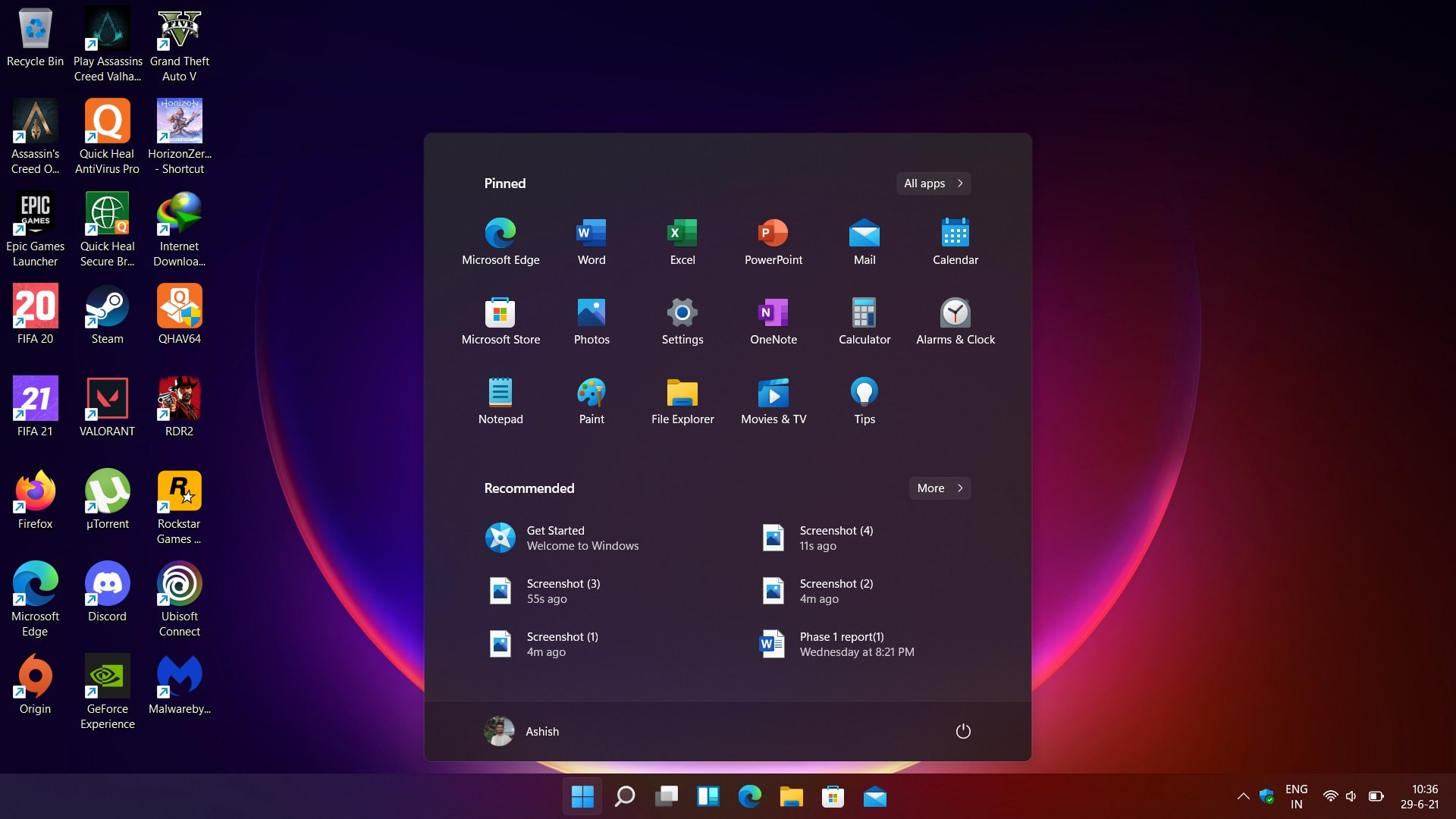 In Windows 7, my go-to game can be played at 60 frames per second, but in Windows 10, it only manages 35-38. And on Windows 11, the game was running at a smooth 60 FPS once again on my PC (all tested on the same test PC). The number and control of background processes is where Windows 10 and Windows 7 really diverge.

OneDrive and Skype are just two of the many preinstalled programs that run automatically in the background of Windows 10. Windows 11’s default settings limit the number of running processes, and the operating system’s allocation algorithm has been tweaked to give priority to apps that are currently in use. Windows 11 is optimised for low-resource computers, meaning it will run more quickly thanks to its focus on foreground apps and reduced reliance on background processes.

DirectStorage is a neat extra that frees up the central processing unit by decompressing data in the graphics processing unit (GPU). As a result, both loading times and frame rates benefit greatly. The game also needs DirectStorage compatibility and an NVMe SSD for this to work. Additional features, such as Auto HDR for HDR monitor and Xbox app users, improve the game experience. If you want to play games at the highest possible quality level, you’ll need Windows 11. After its release, one of the most talked-about aspects of Windows 11 was its ability to run Android apps. Microsoft, however, has promised that the delayed feature won’t be long in coming and that it will be available in the first few months of 2022. It seems like Android app support will be added to Windows 11 in the near future.

Microsoft has collaborated with the Amazon Appstore and Intel to bring Android apps to Windows 11 in a native fashion. In the near future, the Android subsystem in Windows 11 will allow you to run many popular Android apps directly from the Microsoft Store.

If you have come to rely on specific Android apps, Windows 11 will make your life easier by allowing you to use such apps on your computer without needing to pull out your phone. There’s been no word yet on whether or not Windows 10 will have this kind of functionality.

6. Windows 11 widgets keep you on top of information

An array of helpful widgets, presenting up-to-the-minute data in a format specific to the user, can be accessed via a widgets button on the taskbar. You may get the newest updates on the financial market, the weather, sports, e-sports, and the entertainment industry.

Most widgets have a “see more” or similar button that, when clicked, takes you to the full update in a new window. You can see a catalog of available widgets and add them to your page by selecting the corresponding Add widgets button. A comprehensive list of recent news articles appears after the widgets. Widgets are far superior and offer far more customisation choices than Windows 10’s Cortana and Start menu titles, which offer similar functionality.

With the new snap layouts feature in Windows 11, multiple apps can be arranged in a grid of varied widths. Snap layouts employ a graphical popup to select the desired layout type, as opposed to relying exclusively on Windows 10’s drag-and-drop functionality.

Simply move the mouse pointer over the maximize button of a running program or hit the Windows+Z shortcut key to activate the feature. Depending on the size of your screen, a little pop-up menu with different grid sizes will appear. Your options for grid sizes range from 2 to 6. If you often snap multiple windows side by side, you will find that Windows 10’s snap assist tool is a big improvement over the snap layouts option. Manufacturers often highlight Windows 11, Microsoft’s most recent operating system, as the OS of choice for cutting-edge products. Windows 11 will be necessary for any future computer purchases. For new computers, you can’t buy Windows 10 on its own, and you can’t downgrade to it (or logical).

You’ll have an easier time upgrading to a new computer that can run the latest software if you upgrade to the newest operating system as soon as possible. Windows 11 is used by even the newest computers from the most well-known manufacturers.

As an upgrade from Windows 10, I am quite happy with Windows 11’s ease of use and speed. And for a brand new OS, I haven’t seen any bugs — which is saying something. If you still have doubts about upgrading, I recommend testing Windows 11 in a virtual machine using a program like Virtual Box.