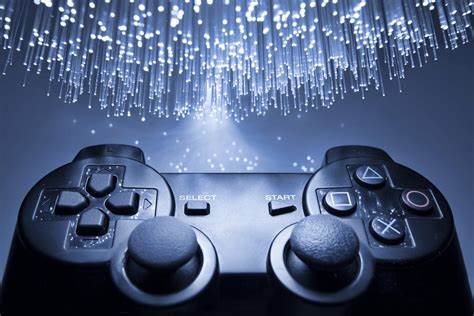 Since the video gaming market is growing, more processing power is required than ever before. The good news is that the price of computers has dropped significantly in recent years. If you want to play a multiplayer game, you can do it without inviting anyone over. Video gaming has evolved into a global pastime where players from all walks of life can meet online, form teams, and start competing against one another. There is a massive online gaming community waiting for you to join. As a result, games like Counter-Strike, Minecraft, Rust, Starbound, Ark, and Space Engineers are thriving in the market. All kinds of people, not just gamers, can find something they like among these games’ vast diversity of styles, topics, and genres. Furthermore, a dedicated game server is needed to host these games.

Want to know why?

Renting a server is a good idea if you’re a gamer who wants to venture into the vast reaches of the gaming universe and play with players from all over the world, at any time, with minimal lag and interruptions.

If you take charge over every aspect of the game, expect a decline in performance and speed, as well as more frequent and severe crashes and interruptions. This is because many players would simultaneously access the server, hence reducing its performance.

These cutting-edge video games, however, necessitate a powerful server to ensure a smoother experience for the player. In addition, technical issues with computers and networks are always a possibility. It’s distracting and makes you think about things other than the game itself, like:

Time, effort, and expertise are all necessities for these options, neither of which you may currently possess. As a result, you need a dedicated game server platform to avoid these problems, conserve playing time, and lessen frustration.

A dedicated server is a network of powerful computers that lets you play several instances of your game with your friends from all over the world and tweak the settings however you like.

Advantages of a Dedicated Game Server include:

Top 9 Game Server Hosting Platforms for Everyone out there

For these reasons and more, it’s important to host your games with a reputable gaming server hosting service. To help you choose the one that best fits your needs in terms of price and functionality, we have created the following list given below.

ScalaCube, a well-known provider of game server hosting, is a great option. They rent out servers for the games Minecraft, Minecraft PE, ARK, Rust, and Hytale. The traffic on ScalaCube is unmetered and free forever. The best possible bandwidth is always available, regardless of whether there is more traffic going downstream or upstream. Storage options for your gaming server include hard disk drives (HDDs) and solid-state drives (SSDs).

They promise a server uptime of 99.9%, so you can play games without interruption. Support for an unlimited number of servers, plugins, and mods is included, and these capabilities are in addition to the unlimited Minecraft server hosting slots.

With their services, you can safeguard your server from DDoS attacks while still enjoying full FTP access, lightning-fast installs, and a plethora of custom additions and plugins. Their monthly rates start as little as $2.50.

The game server hosting services of HostHavoc are also very well-known. Their gaming servers are constantly updated with the latest games and mods, and they also have a wide variety of advanced features and specialized tools. In total, HostHavoc offers around twenty-five distinct games.

Powered by NVMe SSDs and enterprise-grade server hardware, the performance of each of the game servers is incredibly robust. Take complete management of your game server with simple administration, sophisticated configuration choices, and full FTP access.

With HostHavoc, you can explore new games at any point without incurring any more expenditures. It supports several mods, plugins, and third-party APIs and is accessible via the Steam Workshop. It includes eleven data center facilities spanning three continents connected by a high-capacity network.

Enjoy the network and infrastructure’s 99.9% uptime, constant server performance, and genuine redundancy. Free DDoS protection, daily backups, 24/7 support with a 15-minute response time, and a 3-day money-back guarantee are also given by HostHavoc. In addition to PayPal and credit cards, you can pay with cryptocurrencies.

Using Cloudzy’s hosting solutions, you may establish your own high-performance gaming servers. They offer gaming servers running on both Windows and Linux. You can purchase a cheap game hosting solution with ultra-high bandwidth, NVMe storage, and 1 Gbps connection rates. The basic plans are only $7.95 per month.

Cloudzy supplies next-generation, high-specification servers in 15+ worldwide data centers with minimum latency. You may build up and install your own game server for Minecraft, ARK, Rust, Interstellar Rift, Counter-Strike, L4D2, and more than 30 other titles for no additional cost. Guarantee a high-speed, lag-free gaming experience with their top-tier infrastructure, which is boosted by NVMe SSD and KVM technologies.

Their intelligent firewall and DDoS protection allow you to play safely and confidently. Their hosting solutions are specifically intended for online gaming, with cutting-edge hardware and 0% resource allocation contention. With several server locations around North America, Europe, and East Asia, Cloudzy can be a good solution for gamers in any of these regions.

Their servers are constructed on third-generation AMD Ryzen CPUs with ZEN-2 architecture, which is designed to give consumers with a lag-free online gaming experience. They can successfully manage video and image processing, concurrent processes, and multiplayer gaming.

On all of its servers, OVHcloud delivers extensive anti-DDoS protection capable of preventing service interruptions. It adapts to UDP communication for music and video files and video games, unlike normal security systems, and analyses both outbound and incoming data.

Their game servers can exhibit a maximum bandwidth of 1 GB/s for flawless performance without sacrificing service. OVHcloud’s global network of data centers allows you to rent a game server that is geographically close to your location, offering minimal latency.

Each server has a public IPv4 and IPv6 address, and if necessary, you can rent an additional IPv4 for your server. Their servers have a SLA of roughly 99.90% in order to improve availability. The server’s backup storage capacity is 500 GB.

Host your games on the game servers of Google Cloud and enjoy a seamless gaming experience. As a result of the site’s robust international architecture, server administration is simple and has no negative influence on performance. Their game servers are capable of reaching speeds of up to 3.8 GHz.

Google Cloud provides servers in 24 regions accessible in 200+ countries and connected to a high-quality network wherever you’re located. The game servers of Google Cloud provide customized auto-scaling based on your gaming requirements. It features a single control panel for efficient server administration and deployment.

Choosing Citadel Servers as your gaming server hosting service will allow you to play without worrying about frequent lags and crashes. Whether it be performance, server quality, or dependability, the hosting service fulfills all of the gaming community’s expectations.

TcAdmin is a sturdy and customised control panel designed to simplify server management with its ideal settings and capabilities, allowing you to make the most of your gaming servers. Their dedicated servers utilise the most advanced hardware and networking technology available.

All of the servers operate on Solid-State Drives with 1Gbps bandwidth, guaranteeing that you never fall behind in the game. They will deliver speedy server setup within seconds of receiving money, allowing you to get up and running swiftly.

Citadel Servers offers server security with round-the-clock network monitoring and anti-DDoS protection. They have data centers in 20+ locations across 4 continents to ensure the lowest possible latency. To be a loyal customer and hire a server for a year, they grant a 10% rental price reduction. 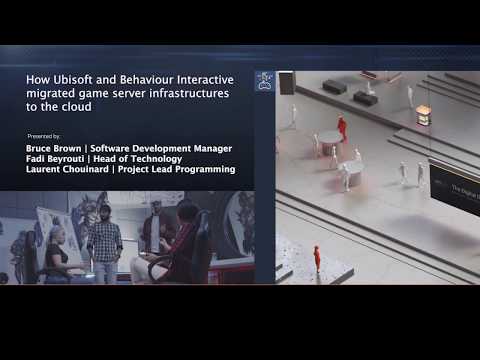 Utilise Amazon GameLift’s gaming server hosting, which utilizes AWS and its features to deliver optimal performance, the lowest latency, and significant cost savings. Take your game to the next level with its scalable, transportable, and operational dedicated servers.

It is a good alternative for multiplayer gaming. They install servers across running instances, monitor gaming servers and instances, replace unhealthy ones, and load-balance server traffic. Amazon GameLift game servers are deployed in 15 worldwide locations covering 5 continents to deliver a higher level of availability and service.

Whether you love single-player or multiplayer games, you can anticipate fast-paced gaming. GameLift also continuously looks for available servers to discover ones with the lowest latency. If unavailable, you have the opportunity to configure the hosting service to automatically supply greater capacity closer to your players.

As GameLift is backed by AWS’s cloud architecture, you may take advantage of the most stable and secure cloud platform. AWS offers over 175 fully-featured services in addition to GameLift, so you can rest assured that you will receive a very reliable service.

They provide an auto-scaling functionality that may launch thousands of instances concurrently and terminate unused instances within minutes. Configure the servers to automatically scale capacity depending on steady-state targets, and let GameLift handle scaling while managing load pattern fluctuations.

Your game servers are secured against DDoS attacks and regular network incursions. It delivers Spot and on-demand instances, and you have the ability to choose from 40 instance sorts and sizes. Choose your chosen RAM, CPU, and network settings for each instance based on your gaming needs.

GameLift supports several game engines and platforms, including Amazon Lumberyard, Unity, Unreal Engine, C# and C++ game engines, etc. With GameLift, you just pay for the resources you need, including high-performance VMs, lightning-fast data transfer, and SSD-based storage, without a monthly commitment. You can also combine GameLift with additional AWS services, such as AWS Shield.

These give you with servers built to host your favorite games, with optimum specifications and low latency. So You Start lets you to host games like Minecraft, Counter-Strike, and Team Fortress 2, as well as other services like TeamSpeak and Mumble. Their game servers offer 16 IP addresses without a monthly subscription, anti-DDoS protection, 100 GB of backup storage, 250 Mbps of bandwidth, and 90 unique configurations.

Additional options include failover IPs, Express KVM IP, and Backup+. To enhance your gaming server’s performance, equip your PC with an Intel i5 or i7 processor, 16-32 GB of RAM, and SSD storage.

It runs its servers in many OVH data centers, one in Canada and three more in France. These data centers utilise cutting-edge technologies for architecture, massive capacity, maintenance, security, and round-the-clock monitoring.

Using Vultr’s server hosting solutions, you can instantly deploy high-quality game servers. After you click deploy, the Vultr cloud platform will be orchestrated and your instances will be distributed across the selected data center.

Then, you can install and customize whatever mods you desire, while Vultr controls the VPS configuration to allow you additional freedom to tweak your game server. Their game servers operate on high-performance, low-latency networks, allowing users to enjoy their full gaming potential.

The secret to Vultr’s remarkable performance is its enterprise-grade hardware, fast SSD storage, and the latest generation of Intel CPUs, which give a 100 percent SLA, durable stability, and continual service.

They give a straightforward control panel with a clean UI and a strong API so that you can easily manage anything. Vultr enables you to connect your apps to isolated local private networks, simplifies IPv6 networking, offers complete root access with a dedicated IP for each VM, and enables you to select custom ISOs.

You may connect with their API to create, manage, and destroy server instances. They have 17 worldwide data centers in 10 countries, including the United States, the Netherlands, France, the United Kingdom, Germany, Canada, the Republic of Korea, Japan, Singapore, and Australia.

The ever-evolving gaming industry is reaching new heights, allowing players to discover new adventures and thrills. So that you can play with anyone in the globe and enjoy an unequaled gaming experience, technological companies develop complex game servers with wonderful features and functionalities. Consequently, acquire your gaming server immediately from one of the aforementioned platforms.