8 Tools to Convert Your Webcam Into a Security Camera 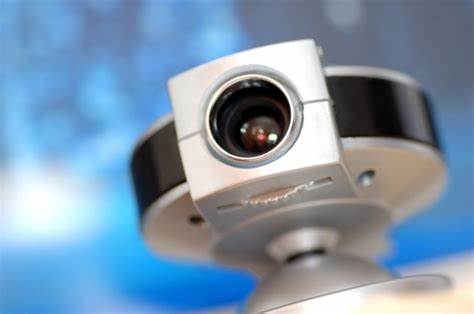 Regardless of where you call it home, burglaries and thefts are always in the news. At some point, it may have affected you or a member of your family. And this is where security camera comes in handy.

It is very important to beef up security at your residences and places of business. When thinking about how to improve the security system, installing CCTVs may be the first thing that comes to mind. Because of the tiny light on them, everyone knows they are recording conversations. Perhaps you know of incidents in which criminals deactivated a security camera before carrying out their scheme.

So, tell me, what other choices do you have at your disposal? You may turn your webcam into a fully-functional security camera by using one of the many accessible programs. Using your webcam as a security camera will cost you a lot less than installing closed-circuit televisions, and nobody will even notice that it’s watching them. Interested in learning the ins and outs of how to do this! Don’t stop here; there’s more below.

Table of Contents hide
Webcams: what exactly are they?
Benefits and Drawbacks of Using a Webcam as a Security Camera
Methods for Converting a Webcam into a Surveillance Device
8 Tools to Convert Your Webcam Into a Security Camera
1. Yawcam
2. Agent DVR
3. Camlytics
4. ContaCam
5. Ivideon
6. SecuritySpy
7. NetCam Studio
8. CameraFTP
Summary

Webcams: what exactly are they?

Webcams, for the uninitiated, are the built-in cameras found at the top of a computer screen. Its primary use is to record video chats while using other communication tools, such as Zoom or Meet. A webcam that you plug into your computer’s USB port is a good substitute for a built-in camera.

Benefits and Drawbacks of Using a Webcam as a Security Camera

A webcam’s pros and cons as a security camera are comparable to any other type of camera. Take a moment to consider the upsides. The cost of implementing the security precaution is little in comparison to that of putting in CCTV cameras. Nonetheless, we also rely on open-source software. Second, nobody needs special training to carry out the entire process. You need need a computer, some software, and a webcam to get started.

A number of drawbacks might be found along with the list of benefits. It’s possible that the webcam’s video is more pixelated than that recorded by security cameras. However, this is very dependent on the quality of your webcam. The webcam loses its usefulness as a security device as darkness falls because it lacks a night vision mode.

Methods for Converting a Webcam into a Surveillance Device

Turning the webcam into a surveillance camera is as easy as a few clicks.

Yes, that’s it! Your webcam has all the makings of an effective surveillance device. The implication is clear: the webcam-to-security-camera conversion technology is crucial. They also come with extra options that let you personalize your own security camera system.

8 Tools to Convert Your Webcam Into a Security Camera

Are you trying to decide which webcam program will serve you best? Read on to discover out. Yawcam is open source software written in Java that transforms a webcam into a motion-detecting security camera. For Windows laptop owners, it is the greatest option because of its user-friendliness and comprehensive set of advanced tools for surveillance.

Youcam can be used to capture time-lapses, viewed online, and the resulting photographs uploaded to an FTP server at your convenience. It also includes a web server for remote access to your webcam. Also, it has encryption capability, so your recorded videos can be safe from prying eyes. Yawcam, in contrast to more basic software, does an excellent job at detecting motion, which eliminates the possibility of false alarms being triggered. In addition, when motion is detected, an email is sent to the user.

Yawcam supports multiple languages, however it lacks cloud storage options for archiving your videos. The option to shoot in time-lapse, as well as other capabilities like text and image overlays and an online planner, are also included. Since Yawcam is a service, it continues running even when the app is closed. Agent DVR is a free and open-source video surveillance system that runs on a variety of operating systems. The unique selling point of Agent DVR is that it does not necessitate port forwarding to work. That gets rid of the requirement to configure the router and the associated risk of a security breach in the network during remote access. The recorded video is readily available on your computers and mobile devices. Here are some advantages you’ll reap by using Agent DVR to record your surveillance footage: 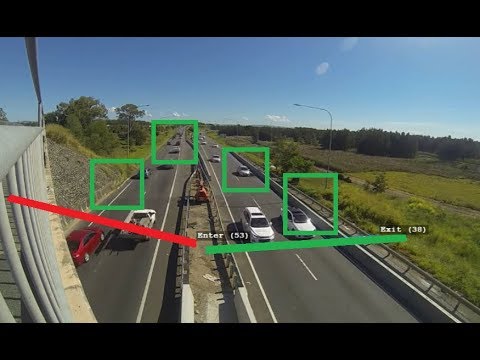 Camlytics is high-tech programing that can make any webcam into an insightful analytics device. To provide real-time data on the number of people and cars, occupied areas, queue lengths, heatmaps, and more, it cleverly combines video surveillance, audience intelligence, and space analytics solutions. Here are a few of the highlights of the Camlytics platform:

If you only need one camera feed, Camlytics cloud will only cost you $9 per month when paid for an entire year. The Windows PC is compatible with ContaCam, a video surveillance and webcam program. It weighs almost to nothing and wastes no energy. You can trust that ContaCam will meet all of your privacy needs while remaining intuitive and adaptable. It is lightweight enough to run smoothly even on older computers. Here are some of the qualities that make ContaCam so special:

For each copy of Contaware installed, a donation of USD 10 is requested.

If you need a security camera for your business or home, you can use Ivideon, a cloud-based video surveillance and analytics application, to turn any webcam into a surveillance camera. It has a facial recognition feature that can be used to analyze recorded videos for professional reasons or to keep tabs on your infant while you’re at work.

What sets Ivideon apart from competing software is its emphasis on security, which guarantees that your videos won’t fall into the wrong hands. Ivedion also has the following features to note:

Ivideon provides a three-year guarantee on their extensive library of hardware and software. SecuritySpy is multi-camera CCTV software that works with Macs and deserves note. SecuritySpy’s capabilities as a Network Video Recording program make it a viable tool for establishing a scalable, full-fledged video surveillance system. The system may be scaled to accommodate a single camera or a large number of cameras in a professional setting, making it ideal for use with CCTV cameras in homes and offices.

The intuitive application makes use of the commonplace ONVIF protocol, allowing an IP camera to be integrated in accordance with any regulations. SecuritySpy’s recording options are versatile, allowing for both continuous and motion-activated recording of high quality. The program can be configured to send emails, push alerts, and even set off alarms if motion is detected.

SecuritySpy’s remote monitoring feature lets you view recorded footage from your cameras from afar. Its intelligent motion detection technology is powered by AI and uses deep neural networks to analyze video footage, start recording, and send notifications if it detects anything out of the ordinary. As a result, SecuritySpy provides reliable results by reducing the number of false alarms. NetCam Studio’s user-friendly interface makes it a top contender for any number of security-related tasks, whether at home, in the workplace, in a store, or elsewhere. Do you want to go on a vacation where your private documents will be in jeopardy? Make use of NetCam to install surveillance in your house to deter burglaries. The following are some of NetCam Studio’s standout characteristics:

To use NetCam Studio without cost for up to two video sources, just download it. The price of the premium packages begins at $49.

CameraFTP is a market leader in cloud-based surveillance and recording services, with a wide range of flexible options to choose from. Using the Virtual Security System (VSS) software provided by Camera FTP, you can turn any Windows desktop or laptop into a robust closed-circuit television (CCTV) or digital video recorder (DVR).

The live feed is recorded and stored in the cloud by the software as it is displayed on the screen. The recording can be viewed at your convenience from a distance. These are some of the other features:

Plans for VSS can be had for as little as $2.95 USD monthly.

With the rising incidence of burglaries, robberies, and other forms of property crime, it is crucial to put into practice measures that can protect your loved ones and their possessions. Due to its high price, unfortunately, not everyone can have CCTV installed. However, with the help of one of the aforementioned programs, you may easily convert your webcam into a covert surveillance device. In this method, you may protect your loved ones and belongings at a reasonable expense.